Don't Rely on Roadside Assistance: Everything You Need in a Car Emergency Kit
Keep An Emergency Kit In Your Car At All Times
Child Care Safety Advice Too Many People Don't Follow
The Facts About Red Light Cameras
Complete Goal
Get FREE! Updates 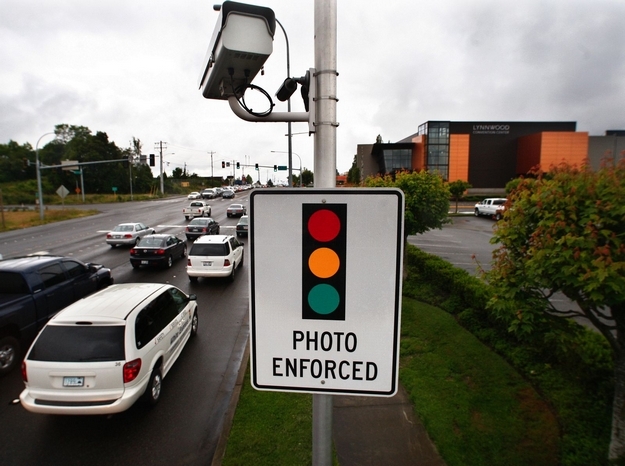 The Facts About Red Light Cameras

Have you heard of automated traffic enforcement? Surely, you've seen these pesky cameras around.

They are installed near intersections, on roadways or even in police vehicles to monitor traffic and snap a photo of anyone who violates the speed limit or runs through a red light. They are installed in the name of safety in an attempt to reduce collisions, but not without some controversy.

There are a number of types of automated traffic enforcement technologies.  "ATE" simply refers to the use of cameras to enforce traffic safety laws. Commonly, automated enforcement is used for red light violations. It is less commonly used to enforce speed limits, though this type of application is increasing on rural interstates and in busy city intersections.

Automated traffic enforcement can also be implemented to catch unsuspecting drivers blocking intersections, running stop signs, driving past stopped school buses, or disobeying other traffic control signals, including railroad crossings or pedestrian paths. They may also be used to catch drivers who don’t yield to pedestrians who have the right of way. Citations with automated enforcement are typically treated like parking tickets, but they can also be served to you by a process server and comes with a hefty fine or a day in court.

Those who advocate for automated enforcement remind us that there is a constant need to reduce traffic crashes. Not only do traffic crashes endanger human lives, but they are also costly for communities, to the tune of almost $1 trillion in loss of productivity and loss of life, according to the RMIIA.

Opponents of automated traffic enforcement believe cameras can invade drivers’ privacy. However, advocates offer the reminder that driving is a regulated activity done in public, according to the United States Supreme Court. As such, there should be no expectation of privacy, because driving is not a private activity.

Red light and stop sign running happens far too often and can be deadly. Up to 150,000 people are injured or killed per year in red light running-related crashes. Cameras fill the gaps where police may not always be present. Studies have shown that these cameras actually reduce fatal red light crashes by almost 25%, according to some studies.

Speed cameras are currently used in several states to reduce drivers going over the speed limit. Speeding is an enormous problem that contributes to almost a third of fatal crashes. Speed cameras are accurate to within one mile per hour and when present have reduced speed-related fatalities by 20%. You may not like them, but they may save you or another person from a horrific accident.

The use of automated traffic enforcement is on the rise, and it seems to be gaining popularity among the public. This means it’s time for drivers to adapt to being extremely conscientious of driving safety. As with any enforcement of driving laws, if you’re already exercising the right precautions, you have nothing to worry about.

Have you been caught "red handed" by a photo enforcement camera? How do you feel about automated traffic safety?