Paying Off Debt Without the Stress
2 Things You Shouldn't Give Up To Get Out Of Debt
Try A "No-Spend" Month to Reduce Debt
Next
Get FREE! Updates

2 Things You Shouldn't Give Up To Get Out Of Debt

No matter how positively you look at it, there's no way around the truth: Getting rid of a high amount of debt is hard. But it is also a worthwhile goal.

There is a fair amount of strategy that goes into paying off debt.

But it's not the budgeting or finance-tracking that trips most people up; it's the sacrifices that they have to make. However, as The Simple Dollar pointed out, it's important not to give up everything. This could discourage you and lead you to spending even more.

Retired By 40, a personal finance blog, explained there are plenty of ways to find a less-expensive version of your favorite pricey purchases.

Don't Give Up Vacations 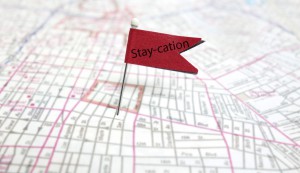 For instance, when the weather is warming up and summer is right around the corner, many people begin to dream about getting on a plane or into a car and traveling to a far-away vacation spot.

But going on trips adds up quickly.

Just the price of travel and lodging alone may be out of reach when paying down debt.

Instead of going all-out, consider a less expensive getaway when you need a vacation. Even just spending a night in a hotel can relieve some of your vacation fever or even better plan a small "stay-cation" in your city. You still get the mental break of having a vacation and breaking up your every day routine with out breaking the bank.

If your idea of relaxation involves a little more seclusion, consider a nearby camping trip.

Investing in a tent that will last you for years to come will always come in handy when you need to get away but don't have the funds to justify a big trip. Plus, an added perk of camping close to home is you can always turn back if you forget something essential, like the marshmallows and graham crackers.

Don't Give Up Television 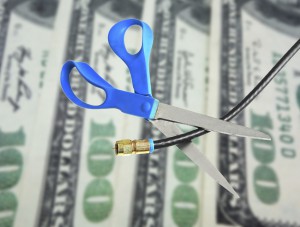 Your cable bill comes every month, and many people may overlook it when strategizing what they can sacrifice in the name of getting out of debt faster. However, this is one expense many people can do without, and one that will make a big impact on their finances.

According to Yahoo Finance, the average cable bill hit just about $100 in 2015. Despite the high price for cable, most people only make use of about 9% of their channels.

According to Nielsen, the average home in America has access to 189 channels, though only about 17 are watched.

Cutting your cords can easily save you thousands of dollars in just a few years, plus you may not even miss all those unwatched channels.

If you can't fathom a world in which there aren't any shows or movies to watch, consider some cheaper alternatives. Netflix and Hulu accounts are much cheaper than cable and most likely give you access to thousands of shows and movies you likely already love.

If you're a big sports fan and can't go without missing a game, there are still options for you. According to Fox News, Verizon customers can have access to some games for free on their phones, or pay a fee to watch more. Dish Network's Sling TV offers ESPN and ESPN2, among some other channels, for $20 a month.

Giving up something you enjoy can be difficult, but remember you are doing it for a greater cause.

Plus, as the personal finance blog Six Figures Under pointed out, these sacrifices don't have to be forever. They don't even need to last as long as your debt does.

Choose something to give up, then set a time limit. When the first sacrifice's time is up, pick something else.

Also, when you give up unnecessary items that you aren't using to their full potential, like that cable subscription, you'll be able to treat yourself to other things you'll appreciate more, like trying new restaurants or a hobby, while still being able to afford your monthly payments.

Save more money all year round by subscribing to our newsletter and having money saving tips delivered directly to your inbox!